Racing in the time of Covid 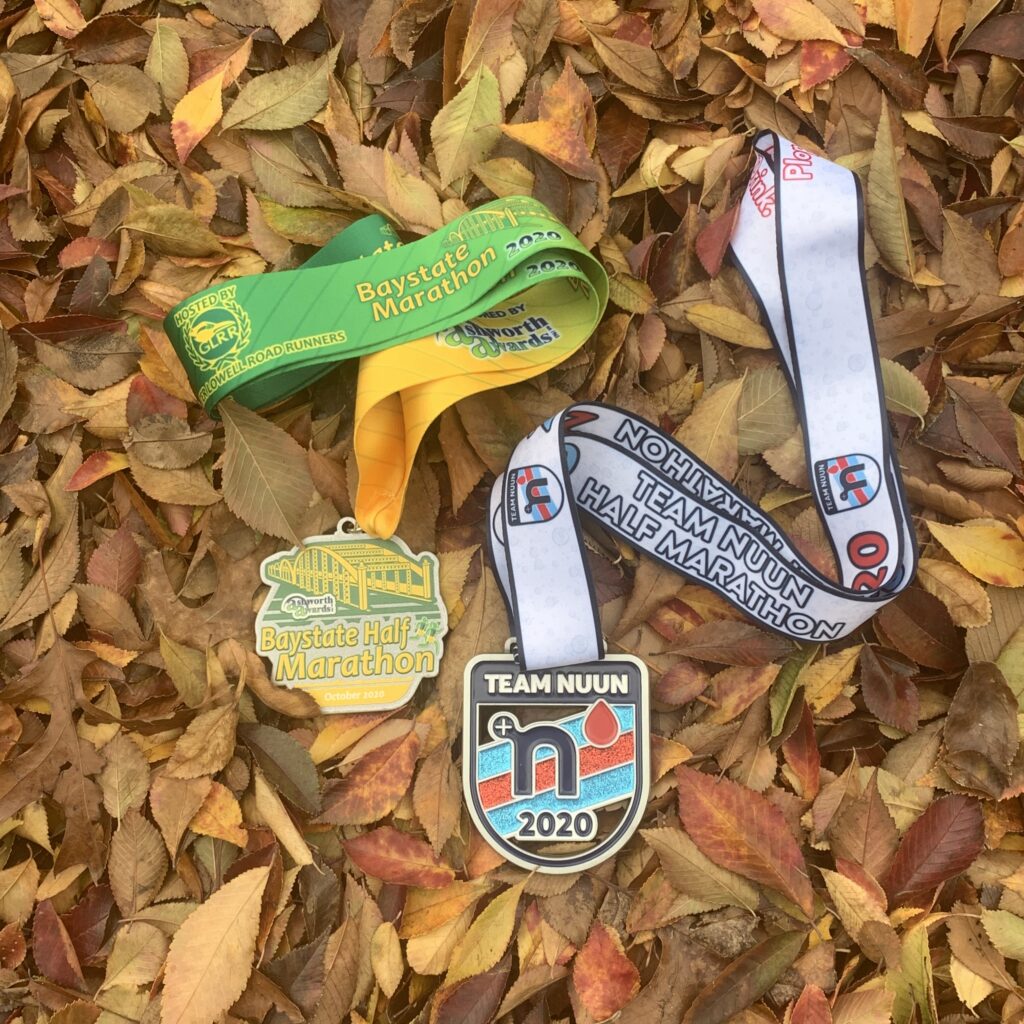 Like many of you, I had high hopes for 2020. I was going to add 5 new states to my #50halfsin50states. I was going to go on an amazing vacation to Yellowstone, and I was going to break a 2hr half marathon again.  When I ran my last in person race on March 1st, in Fort Worth Texas, we knew about Covid, but we had no idea what was about to happen. Fast forward 9 months and I’ve had 4 cancelled halfs, in 4 new states that I now have to add back to the list. I’m hoping that 2021 will allow me to get at least 5 new states, but until then, I have been forced into virtual racing.

Before the pandemic, I was not a fan of virtual racing. I didn’t understand why you would pay someone money to run 5 miles by yourself, in your own neighborhood. As the pandemic has stretched on and on and on, I now have a slightly different perspective. I desperately needed  motivation to run. Without a race on the horizon, I was running once a week, MAYBE, and quickly losing speed and endurance. I also kept thinking about all these races/race directors who had to cancel this year and whether or not these organizations would survive the lack of a racing season. I needed to find a local race that was previously an in person race, but moved virtual because of the pandemic. I wanted to be able to support my local race directors, so that when this is all over (fingers crossed), we will have races to run. 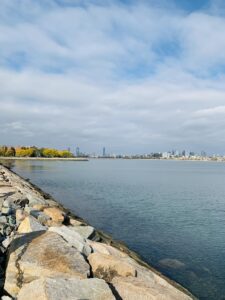 I have thought about running the Baystate Half Marathon for years. A lot of people use it for a Boston Qualifier, because it’s known as one of the flattest courses in the northeast. For me, I wanted a local half, in a state I already had, so this was perfect. I picked a route, had a support crew (my BF and dog), and a beautiful fall Saturday. Despite my lack of real training, I felt pretty good, and even managed to beat my last, in person, half marathon time. A week or so after the race, I received my t-shirt and medal in the mail. I didn’t get my free banana, but these are the sacrifices we need to make! (LOL) When life gets back to normal, I do plan to run this race in person, but until then I will savor my first pandemic half medal. 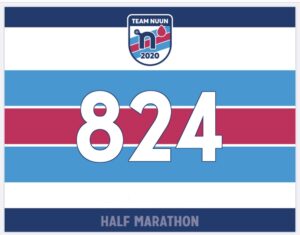 A short time after I had signed up for Baystate, I was given the opportunity to run another half with Team Nuun. I became an ambassador in January and was so excited for the year ahead…we all know how that went. While I have literally been living off of Nuun Immunity since March, I am hoping to get a do over in 2021. When they advertised a team half marathon, I thought, why not. I’m already ‘training’, and I need all the motivation I can get right now. So, just 2 short weeks after Baystate, I ran another virtual half. I didn’t go quite as well. I wasn’t feeling it AT ALL and it was about 40 degrees warmer than it had been a week prior. But, I did it, I finished my second virtual half marathon.

I am very optimistically looking forward to my first in-person race in March 2021, but I guess only time will tell.